Dudley Cocke and Rick Lowe share the 8th Heinz Award in the Arts and Humanities for providing a voice and a sense of pride and place for people who have not seen themselves reflected in the mainstream of American cultural institutions.

By turning people’s stories into art, and their art into theater, Dudley Cocke has been an effective agent for broad-based and meaningful citizen involvement. Rick Lowe has harnessed the power of art and architecture to illuminate and celebrate the meaning of the past while dealing with the problems of the present.

When Mr. Cocke and a small band of colleagues started the Roadside Theater in the tiny town of Whitesburg, Kentucky, in 1975, they wanted to celebrate the unique culture and distinctive voices of the people living in the Appalachian Mountains. They invited the whole community to gather and share family histories, tall tales and life experiences. These stories were then shaped and blended with the region’s music and arts and crafts into an ensemble theater piece.

The result was so successful that neighboring communities started clamoring for their own chance to be seen and heard. So Mr. Cocke took the show on the road - literally. Today, Roadside performs and conducts residency workshops in 43 states.

In addition to staging Roadside’s performances, Mr. Cocke teaches others how to start theaters of their own, leading to the creation of new theaters in small - some would say unlikely - towns all across America. His goal, which has been extraordinarily achieved, is to imbue his actors and audiences with the pride that comes from knowing who they are and that they count in the unfolding history of our United States.

“Why the Cowboy Sings,” a performance piece co-developed and co-directed by Mr. Cocke, received its world premiere last month in Salt Lake City as part of the Winter Olympic Games festivities. 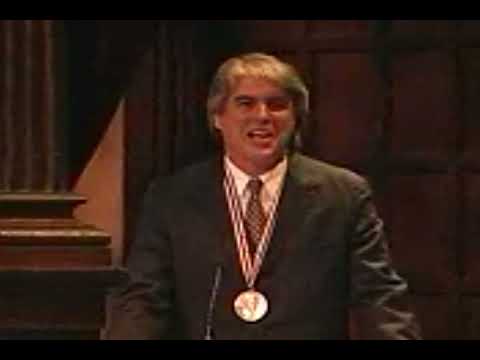