George Lee Butler received the 8th Heinz Award for Public Policy for the clarity of his vision regarding the risks and dangers of nuclear weapons, for the courage with which he expressed and implemented that vision, and for the impact that he has had on the way in which the United States and the world view nuclear weapons in the post-Cold War period.

Virtually single-handedly, and at personal risk to his own career, General Butler questioned whether large numbers of nuclear weapons were needed for national defense, and inspired politicians, military officers, academics and ordinary citizens to re-examine their views and reassess their priorities.

General Butler attended the Air Force Academy and studied international relations at the University of Paris. In 1968, after volunteering to lead F-4 fighter missions in Vietnam, he spent a further six months as aide to the commander of the war’s air operations.

In 1974, he was assigned to the Air Force’s Directorate of Plans at the Pentagon, and was called upon to help prepare positions on the upcoming U.S.-Soviet Strategic Arms Limitation Talks (SALT). To his surprise - and dismay - he discovered that many of the controversies surrounding the Soviet nuclear threat were based as much on bureaucratic politics as on hardheaded assessments of strategic vulnerability. As he became increasingly privy to the highest reaches of strategic planning, he became increasingly skeptical about its underlying rationale.

In 1991, named as commander of the Strategic Air Command (SAC), General Butler assumed control of some 5,700 deployed nuclear warheads. Appalled to find that many of the sites marked as nuclear targets still reflected the overkill strategies of the Cold War era, General Butler revised the list, eliminating thousands of sites, and creating new strike options that involved using nuclear weapons against only a small number of targets.

Having recommended and planned for the closure of SAC in 1992, General Butler remained to head its much-reduced successor, the Strategic Command (STRATCOM). On the eve of the resumed U.S.-Russian START II arms talks, he urged the negotiators to adopt lower ceilings of nuclear weapons. Many observers felt that General Butler’s active, open and articulate advocacy for arms limitations contributed to his being passed over as General Colin Powell’s successor as Chairman of the Joint Chiefs of Staff.

General Butler’s retirement from the military in 1994, after 33 years of service, marked the beginning of a new and more public career of commitment to rethinking the role of nuclear weapons. He was invited by the Australian government to be a member of the Canberra Commission, studying the feasibility of abolishing nuclear weapons. In a series of public statements, beginning with a major speech at the National Press Club in 1996, he called for the outright abolition of nuclear weapons. In 1999, he and his wife founded the Second Chance Foundation, dedicated to promoting responsible global reduction of nuclear dangers.

“Standing down nuclear arsenals requires only a fraction of the ingenuity that was devoted to their creation.” 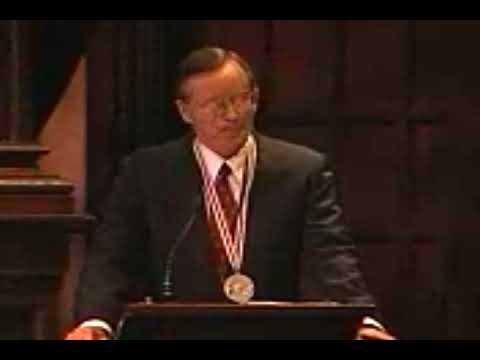