Dr. James Hansen received the 7th Heinz Award in the Environment for his exemplary leadership in the critical and often contentious debate over the threat of global climate change.

The theory that industrial pollution continues to create an atmospheric “greenhouse effect” or warming has pitted scientist against scientist and politician against politician. In the eye of the storm that swirls around this issue is Dr. Hansen. He calmly pursues his research while scrupulously maintaining his scientific credibility and modifying his views as new data and techniques have become available, all the while acting as a messenger from the esoteric world of computer climate models to the public and policymakers alike.

In 1988, Dr. Hansen went where few scientists were willing to go - before Congress, to explain just how serious the potential for global warming truly was. He courageously testified that the time had come to recognize that the “greenhouse effect” was real and that new and cleaner sources of energy had to be found. Time has validated his position.

The director of the National Aeronautics and Space Administration’s Goddard Institute for Space Studies in New York, Dr. Hansen has collected and analyzed global surface temperatures and studied the earth’s atmosphere since the 1970s. The advocacy role he has undertaken has placed him squarely in the uncomfortable role of serving as lightening rod in the debate. He is respected among his peers for his creativity, his intellectual rigor and flexibility, and his dogged pursuit of this pressing global problem. Dr. Hansen’s critics, however, claim that his findings and computer models are uncertain, contradictory and prone to induce hysteria.

Easier to document, however, is that the 1990s proved to be the warmest decade in a millennium and in the process, changed many minds about the seriousness of global warming. Dr. Hansen continues to direct his research in ways that contribute both to the body of knowledge of climate systems and to the broader implications of public policy.

The deliberate, soft-spoken Dr. Hansen has also recognized the need and the potential for researchers to influence science education. In 1994, with Carolyn Harris, he founded the Institute on Climate and Planets at the NASA Goddard Institute for Space Studies in collaboration with local public high schools and colleges. Teachers and selected inner-city students, many of them minorities, are given the opportunity to join research groups at the Institute during their summer vacations. Inspired by this work, teachers have developed courses that have been offered to schools across the country, with some 20 high schools and colleges now partnering with the Institute. The idea to assist in the teaching of science in many high schools and colleges, to involve students who might otherwise not have access to these complex issues, and most important, to attract minority students into science as a career, has become a model for how research institutes may reach out to high school and undergraduate students.

Dr. James Hansen’s work has thrust him into the center of a scientifically polarized and politically charged debate. It is to his credit that he has navigated these treacherous waters admirably and we are fortunate to have him pointing the way when scientific complexities and political ramifications provide such a challenge.

“Politicians think that if matters look difficult, compromise is a good approach. Unfortunately, nature and the laws of physics cannot compromise — they are what they are.” 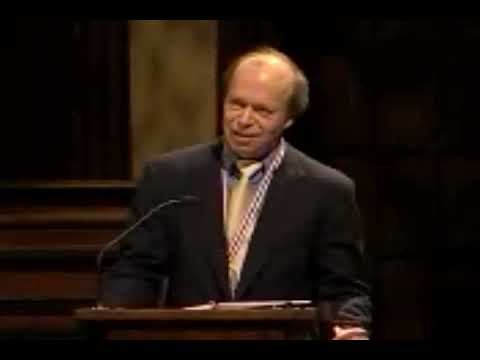