Joseph DeRisi received the 14th Heinz Award in Technology, the Economy and Employment for his extraordinary breakthroughs in detecting both new and existing viruses.

An innovative and selfless scientist, Dr. Joseph DeRisi’s breakthrough creation of a viral detection platform for malaria and other infectious diseases has helped advance biomedicine’s ability to detect both existing and new viruses. As a professor of biochemistry at the University of California, San Francisco, where he also holds the post of Howard Hughes Medical Investigator, he is one of the world’s foremost researchers in the application of molecular genomics to the study of infectious disease.

Dr. DeRisi stands at the intersection of the disciplines driving the life sciences - genomics, bioinformatics, virology, materials science and computer engineering. Together with his longtime collaborator, Dr. Don Ganem, he pioneered the development and use of the ViroChip, a band-aid-sized glass wafer that contains a microarray of 22,000 DNA sequences from more than 1,300 viral families. This “diagnostics on a chip” enables scientists to not only quickly and accurately identify existing viruses, but also to detect new viruses that could emerge as pandemic threats. In 2003, the ViroChip identified the SARS virus within 24 hours of receiving the sample from the U.S. Centers for Disease Control and Prevention.

Befitting his commitment to open access publishing within the scientific arena, Dr. DeRisi has not pursued a patent for the ViroChip, allowing researchers around the world to use the invention for free.

Notwithstanding his work in virus detection, Dr. DeRisi’s primary focus has been on finding a cure for malaria, a disease that infects up to 500 million people annually, killing between 700,000 and 2.7 million, mostly children. He and his team developed a malaria-specific DNA chip, similar to the ViroChip that enabled them to characterize the parasite’s distinctive 48-hour life cycle, a breakthrough that could pave the way for potential drug and vaccine therapy.

As part of the California Institute for Quantitative Biosciences, a cooperative effort among three campuses of the University of California and private industry, Dr. DeRisi’s laboratory is working to apply the quantitative sciences (mathematics, physics, chemistry and engineering) to biosciences toward improving human health. He also has taken on a number of other challenges, from investigating a cure for the common cold to an analysis of the disappearance of a half-million honeybee colonies in the United States, a situation that could have a viral culprit at its roots.

Joseph DeRisi has made breakthrough discoveries in the laboratory that have provided clarity and insight into the detection of some of the world’s most threatening viruses as well as distinguished himself as a generous and tireless advocate for the free and open sharing of scientific research. With a brilliant mind and expansive heart, he has ennobled the field of science.

“Rapid advances in biotechnology and bioinformatics have enabled us to examine the nature of infectious diseases and the microbial world that surrounds us at a resolution that was once unimaginable. … The most exciting discoveries, diagnostic developments and, ultimately, cures are yet to come.” 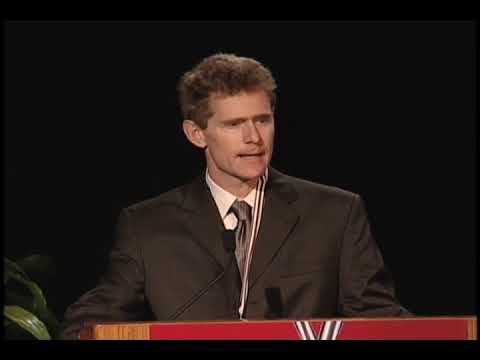