Joseph Rogers received the 11th Heinz Award for the Human Condition for pioneering reforms in mental health care that have empowered consumers of mental health services and helped abate the stigma associated with mental illness.

A long-time advocate for user-designed mental health programs, Mr. Rogers has applied his personal experiences and frustrations with the healthcare system to help transform its delivery in much of the country. He rose from the depths of homelessness to propel the “consumer” movement in mental healthcare, winning a sea change in attitude within the establishment toward those who use, and now help direct, mental health services.

Diagnosed with paranoid schizophrenia at age 19 and told that he was incapable of holding a job, Mr. Rogers spent the next few years in and out of state and local psychiatric hospitals. Upon his release, he descended into a life of homelessness and desolation until he eventually found treatment, and a place to stay at a YMCA in New Jersey. After fate led him to a job as an outreach worker at a mental health center, he moved in 1984 to Philadelphia, where he began work at the Mental Health Association of Southeastern Pennsylvania (MHASP), then a small nonprofit agency with a dozen staff members. It was there that he found his life’s work. Over the past 20 years, he has expanded MHASP into a $14 million organization with 300 staff members, the majority of whom have mental illness. Today, he serves as MHASP’s president and CEO.

From the outset of his career at MHASP, Mr. Rogers championed a new way of doing business, an approach that was rooted in the principle that individuals with mental illness – also called consumers of mental health services – are in the best position to govern and staff their own organization. To the mental health establishment, it was a heretical idea, but Mr. Rogers persevered, eventually winning concessions for his approach.

Under MHASP’s auspices, Mr. Rogers founded the Self-Help and Advocacy Resource Exchange (Project SHARE), which became the umbrella organization for programs that provide such essential services as peer support, drop-in centers, housing, homeless outreach, mentoring and job training. He also has been instrumental in an ongoing effort to abolish the use of restraints in the treatment of patients in mental health facilities, and in working to reform the methods used by police in apprehending at-risk individuals with mental illness.

A front-line crusader who has helped to shatter stereotypes about those with mental illness, Joseph Rogers has provided transforming leadership. His contributions toward our understanding of the human condition have not only helped ennoble those who need mental health care but have broadened collective awareness about their needs, abilities and aspirations.

“While consumers now play a more integral role in the care we receive, we continue to face untold challenges, including how to combat the discrimination and stigma associated with mental illness.” 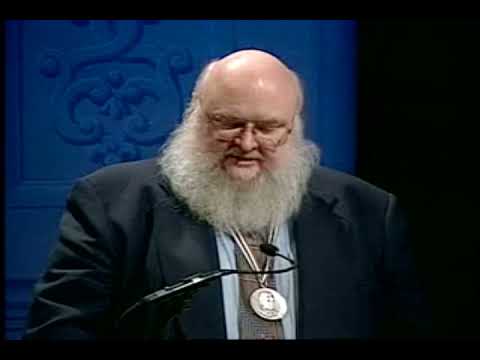