Linda Behnken, a commercial fisherman and Executive Director of the Alaska Longline Fishermen’s Association (ALFA), received the 25th Heinz Award in the Environment category for her advocacy work to promote sustainable fishing practices and drive conservation policy while supporting the rural fishing communities of Alaska that rely on the ocean for their livelihood and way of life. Working at the intersection of industry, community and the environment, she has led efforts to support small-scale fishermen and promote their access to Alaska’s fishery resources. Most notably, her work has effectively demonstrated that by engaging fishermen in research, management and stewardship, both the viability of small-scale fisheries and the ecosystem upon which fishing communities depend can be strengthened and sustained for future generations.

Among her many notable achievements is her leadership of a six-year grassroots campaign to secure a ban on commercial trawl fishing — a practice likened to clearcutting of the ocean floor — in federal waters off Southeast Alaska. The ban now covers more than 100,000 square miles, enabling the protection of deep-sea corals and sponges, as well as long-lived rockfish populations. Ms. Behnken also helped establish the Fishery Conservation Network, which engages fishermen in collaborative research with scientists to address resource and conservation challenges. ALFA’s bathymetric mapping project has generated detailed seafloor maps to help fishermen minimize the catch of non-target fish. ALFA also helped launch the Southeast Alaska Sperm Whale Avoidance Project, which aims to reduce interactions between fishing boats and sperm whales through satellite-tagging, towed arrays and fishermen reports.

Recognizing that fewer young people were entering the trade, Ms. Behnken helped create the Alaska Sustainable Fisheries Trust, which partners with ALFA to offer skill-building workshops, a crew apprentice program and, with other partners, an innovative loan program for new fishermen. ALFA shares seafood harvested by member fishermen through Alaskans Own, a community supported fishery, and works with the Marine Fish Conservation Network to advance national policy that promotes science-based, sustainable fisheries management.

“This battle is common around the country, where Americans are struggling to prevent family businesses and communities from becoming collateral damage to big industry, whether it’s farming or ranching or fishing. That is what we’re up against, and climate change has exacerbated that challenge.” 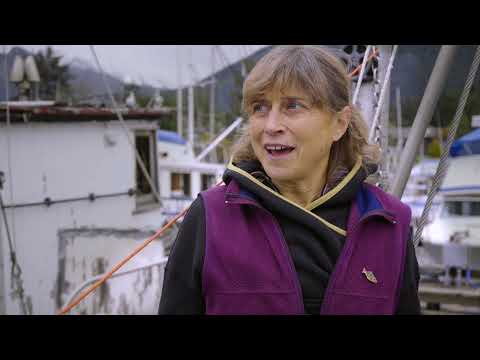