Mildred Dresselhaus received the 11th Heinz Award for Technology, the Economy and Employment for a body of scientific scholarship that has advanced the world’s understanding of the multi-faceted field of carbon science and blazed a trail of opportunity and inspiration for women in science.

A Massachusetts Institute of Technology (MIT) professor and researcher for more than four decades, Dr. Dresselhaus’ work has kept the United States on the cutting edge of nanostructures and other technologies. Well-known for her scientific contributions, she is revered for her leadership in championing a more prominent role for women in the sciences - a position that has yielded significant strides during her career.

Following her doctoral work at the University of Chicago, she focused her initial research on solid state physics and superconductivity. In 1960 she and her husband, physicist Gene Dresselhaus, moved to the Lincoln Laboratory at MIT, where they remained for seven years, after which she joined the MIT faculty. Currently an Institute Professor of Physics and Electrical Engineering, she has trained more than 60 graduate students.

Dr. Dresselhaus is one of the foremost experts in the study of carbon science worldwide. Her investigations into the electronic properties of graphite, the structure and properties of novel forms of carbon, thermo-electricity and the new physics at the nanometer scale have significantly advanced these fields. She has lectured around the world, written extensively about her research and served in prominent leadership roles, including director of the Office of Science at the U.S. Department of Energy in the Clinton administration, president of the American Physical Society and the American Association for the Advancement of Science, among other high-profile posts.

The mother of four, Dr. Dresselhaus faced unique challenges in the workplace, which perhaps provided the inspiration to assist other women to pursue scientific careers. In 1970, she co-founded the Women’s Forum at MIT and received a Carnegie Foundation grant to encourage women’s study of traditionally male-dominated fields, such as physics and engineering. In 1973, she became the Abby Rockefeller Mauze chair, endowed in support of the scholarship of women in science and engineering. When Dr. Dresselhaus arrived at MIT in 1960, women comprised just 4% of the undergraduate student population; the percentage of women today tops 40%.

A researcher who unlocked scientific mysteries and opened the door of opportunity for countless women, Dr. Mildred Dresselhaus is as respected as she is beloved. She has served as a mentor and role model to many young scientists, and through this legacy, her contributions to science will endure for many generations to come.

“Diversity and inclusion of women and underrepresented minorities in science should not affect the way education is handled or research is carried out. So diversity should not be a problem but rather an opportunity to involve a large talent pool.” 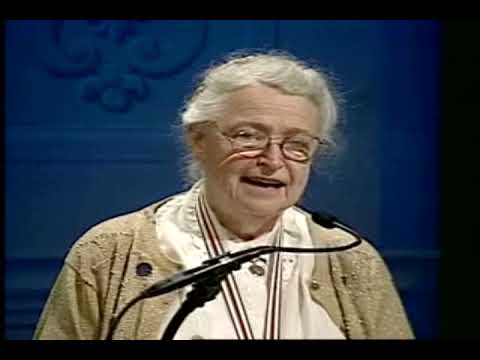