Paul E. Farmer received the Heinz Award for the Human Condition for his work in treating deadly infectious diseases among the world’s poorest people.

Dr. Farmer is a medical doctor and a professor of anthropology at Harvard Medical School who shuttles between Harvard and Haiti, where he maintains a practice at Clinique Bon Saveur, a charity hospital he helped found in the Central Plateau of Haiti.

Research in anthropology took him to Haiti in 1983; the medical needs of the poorest people in the western hemisphere keep taking him back. Infectious disease is endemic to the developing world because poverty breeds conditions hostile to good health. Haiti was challenged by an HIV/AIDS epidemic that began ravaging the island nation in the 1980s. International health experts firmly believed effective treatment of the virus and disease was impossible in the developing world.

Dr. Farmer disagreed. He believes access to quality health care is a basic human right. He successfully challenged the conventional wisdom that AIDS drug treatment was too complicated to use in treating the poor in developing countries.

In Haiti, he began treating pregnant women with AZT to stop the transmission of HIV to their unborn babies. Later, his clinic began offering a three-drug treatment regimen to patients who were no longer responding to treatment for the other virulent diseases afflicting many AIDS victims. Because AIDS damages the immune system, other diseases, such as tuberculosis (TB) and severe pneumonia, often kill the weakened patients. Dr. Farmer and his team reinforced care for these and other common diseases.

He developed a community-based treatment method that includes daily and close monitoring by teams of community health workers to make sure the patients follow the complicated drug regimen. As a result, he stunned the medical world with clinical outcomes better than those in many inner cities in the United States.

The same community-based treatment was used to stem the spread of a super-strain of multi-drug resistant tuberculosis (MDRTB) in Peru and in the prisons of Russia. No effective vaccine exists for TB, which infects an estimated eight million people each year and kills more than two million. In the developing world, MDRTB was considered a death sentence. Even the World Health Organization (WHO) considered the disease untreatable in poor countries.

Dr. Farmer and his co-workers at Partners In Health proved them wrong again. He and his colleagues cured more than 80% of those with virulent TB in Peru. The WHO, impressed by his success, reversed itself and adopted his treatment modality.

Dr. Paul Farmer has not only devoted his talent and energy to treating the poorest of the poor, but he has also opened the eyes of the world to the inequities in global public health. And, in keeping with the spirit of the Heinz Awards, he has taken concrete steps to address the profound social inequality between rich and poor in health care.

“The idea that some lives matter less is the root of all that’s wrong with the world.” 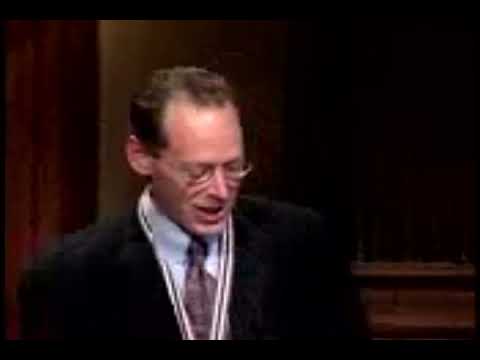 In remembrance, Paul Farmer: ‘He Wanted to Make the Whole World His Patient’