Peggy M. Shepard received the 10th Heinz Award for the Environment for her courageous advocacy and determined leadership in combating environmental injustice within urban America.

An environmental crusader and tireless champion for ecological equality on behalf of inner cities, she raised her voice – and later a veritable army – against a systemic form of racism that threatens to sacrifice the environmental health of poor urban areas. She is the co-founder and executive director of West Harlem Environmental Action (WE ACT), a platform from which she has helped do battle locally against environmental hazards as well as serving nationally as a model for grassroots activism and coalition building.

Ms. Shepard began her career as a journalist, becoming the first African-American beat reporter for the Indianapolis News. She moved to New York in 1971 to begin a publishing career and in 1979, assumed the first of several positions with the State Division of Housing and Community Renewal. It was there perhaps that the first seeds of social activism began to take root.

In 1988, troubled by the noxious odors being emitted by the North River sewage treatment plant, she helped to organize an act of civil disobedience. She and six other community organizers – the “sewage seven” – donned gas masks and held up traffic near the plant. They were promptly arrested, but not before they had made their point.

Ms. Shepard continued to mobilize community support, and later in 1988, co-founded WE ACT. The group filed a lawsuit against New York City over the sewage plant, and four years later, won an unprecedented victory. The mayor created a $55 million odor abatement plan in 1992 and the settlement in 1993 created a $1.1 million fund for the benefit of the West Harlem community.

A dynamic coalition builder, Ms. Shepard since has turned a small group of committed volunteers into a professionally staffed environmental justice organization, both in northern Manhattan and on a national level. She rallied the support of political leaders and the Transit Workers Union in a successful public education campaign that is helping the city make a transition from gas-powered to natural gas-powered buses and depots.

She is a ubiquitous presence within the arena of environmental activism. To improve children’s environmental health in northern Manhattan and the South Bronx, Ms. Shepard organized an academic community collaboration through Columbia University’s Center for Children’s Environmental Health. She is the principal investigator of the center, is a board member of the New York League of Conservation Voters and supervises staff of the EPA-sponsored project, Real-Time Monitoring and Communication of Levels of Fine Particles – Ozone and Black Carbon in Northern Manhattan.

From an abandoned Harlem brownstone that will be converted to a state-of-the-art “green building,” WE ACT operates programs in environmental health and community-based research, environmental education, and community and youth empowerment. The organization has cooperative partnerships with physicians and scientists at leading medical institutions, labor unions and diverse environmental, public health and urban constituencies.

Peggy Shepard has successfully combined grassroots organization, environmental advocacy and scientific research to become one of the most highly respected environmental advocates in the country today. She has been a pioneer for advancing the cause of environmental equality in our inner cities, ensuring that the entitlement of clean air, water and soil extends to all people, irrespective of their socio-economic status. Hers is a brave voice, speaking out for many silent and powerless voices.

“The health and vitality of the earth begins at the community level — every community — and we must be vigilant to ensure that environmental justice is dispensed fairly and vigorously across the diverse landscape of America.” 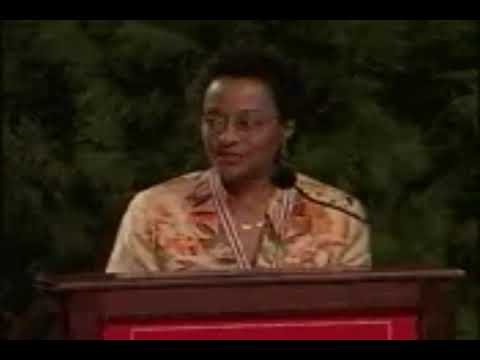