Robert N. Butler received the 10th Heinz Award for the Human Condition for advancing the rights and needs of the nation’s aging citizenry and enhancing the quality of life for elderly Americans.

A gerontologist, Dr. Butler is the co-founder and president of the International Longevity Center. Recognizing almost 50 years ago the impact that the graying of America would have on this nation, his life’s work has been dedicated to helping the country address the far-reaching challenges presented by an aging population. At the same time, Dr. Butler has been equally committed to ensuring the dignity, productivity and vitality of our senior years.

During the 1960s, as the country confronted its civil rights obligations to minorities and women, Dr. Butler recognized another form of discrimination – the discrimination against the elderly that he called “ageism.” He solidified his reputation as a prophetic visionary in 1975 with the publication of Why Survive? Being Old in America. The book, which earned him a Pulitzer Prize, foresaw the impact that aging would have on American society, from economics to housing to healthcare.

That same year, Dr. Butler became the founding director of the National Institute on Aging (NIA) of the National Institutes of Health, where he helped raise greater awareness of issues related to aging, including the concept of “productive aging” and the then-unheard-of condition, Alzheimer’s disease. He oversaw in-depth research and data collection on the aging process and fostered the development of geriatric medicine in the United States. Within the agency’s first decade, the medical literature on aging doubled, helping overturn stereotypes and debunk myths about the elderly. When he left the agency six years later, NIA’s budget had grown from $15 million to $70 million.

In 1982, Dr. Butler blazed another new trail. When the Mount Sinai School of Medicine asked him to recommend qualified candidates for its new geriatrics chair, he had another idea – create a separate department. Mount Sinai agreed, opening the nation’s first department of geriatrics, a program that would serve as a model for other schools of medicine, nursing and social work. Dr. Butler became the first chair of the new department where he opened an assessment unit for elderly patients in the medical center and required all medical students to take courses in geriatrics.

He went on to co-found the International Longevity Center, a nonprofit dedicated to helping societies address longevity and population aging in positive and productive ways. The organization, which is part of a multinational research and education consortium with centers in Europe, Asia and the Caribbean, studies the effects of greater life expectancy on individuals and society as a whole.

Last year, Dr. Butler presented a paper, “Declaration of the Rights of Older Persons,” at the United Nations World Assembly on Aging. This declaration - addressing healthcare, education, employment and retirement, among other issues - ultimately served as the framework for the conference’s final document, which was endorsed by delegates from more than 160 countries.

“Issues relating to aging are not the exclusive domain of the aged. They are important matters — related to society, medicine and public policy alike — that should concern every generation.” 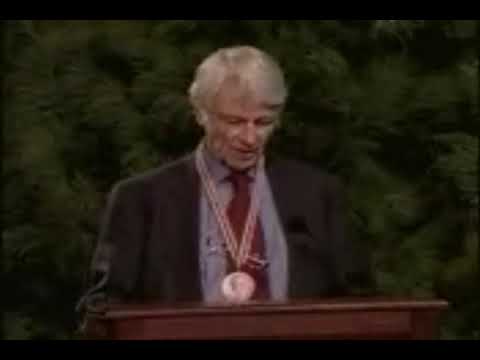