Robert S. Langer received the 10th Heinz Award for Technology, the Economy and Employment for a pioneering career that has spawned new realms of scientific exploration and human healing.

A chemical engineer turned medical pioneer, Dr. Langer is a Massachusetts Institute of Technology researcher whose breakthrough discoveries have revolutionized the delivery of drugs and the engineering of human tissue. He holds 500 issued and pending patents for scores of ground-breaking inventions.

He began his career in the mid-1970s as an MIT graduate student at Children’s Hospital in Boston. Recruited by the noted cancer researcher and surgeon Dr. Judah Folkman, Dr. Langer focused his research on finding a plastic material that would allow large molecules of protein to seep through at a slow and steady pace, thus isolating them to determine how they interact with tumors. He failed again and again until he began experimenting with the plastics in powder form. It was an epiphany that led to the launch of a new field – controlled drug release. A steady wave of discoveries would follow: magnetically controlled drug-release implants, transdermal ultrasound drug delivery, and 3D polymer scaffolds for growing human tissue, among others.

Over 100 different companies have licensed Dr. Langer’s patents and are creating products based on his innovations. He admits to being partial to the big ideas, the ones that other companies won’t pursue because they are too early or risky. But the risks often pay large dividends. Among the products based on his research: a long acting growth hormone that spares children from dwarfism; a dime-size wafer that delivers chemotherapy directly to a site where a tumor has been removed; and the Gliadel Wafer, the first therapy to extend the lives of patients with glioblastoma multiforme brain cancer. In addition to improving the lives of countless patients, his discoveries have spawned an entire industry. The annual market for controlled-release drugs exceeds $20 billion today.

Dr. Langer, whose MIT laboratory is the largest biomedical engineering lab in the world, and Jay Vacanti are conducting seminal research into the field of tissue engineering. They have been working since 1986 to grow livers and other tissue for use in organ transplantation. Artificial skin, cartilage and bones now are being made to treat burn and orthopedic patients.

The only active member of all three U.S. national academies – Engineering, Science and Medicine – Dr. Langer has a worldwide reputation not only for his trail-blazing innovations, but also for helping his students take their ideas to the marketplace. More than 200 of his students are working throughout the United States, Europe and Asia at pharmaceutical and medical-device companies, biotech firms and universities.

A bold, gifted and creative medical pioneer, Dr. Robert Langer has helped bring healing and hope to so many people. He has been called one of history’s most prolific inventors in medicine and his work has been pivotal in prolonging life and easing the suffering of millions of people around the world. And yet, his colossal achievements over the past three decades are but the earliest steps toward a more profound understanding of these new fields of scientific endeavor.

“Chemical engineering is one of the broadest backgrounds one can have. It can enable you to work in so many areas — nanotechnology, materials, energy, medicine and many others. And it can enable you to discover and invent things that can change the world.” 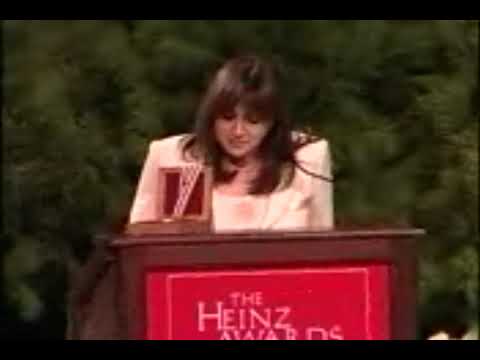