Occasionally, the Heinz Awards program receives nominations of individuals whose life’s work has been so exceptional that a special recognition - the Chairman’s Medal - is considered. Dorothy Height and Russell Train were honored for their lifetime commitments to human rights and conservation efforts, respectively.

Mr. Train has had an extraordinary career – both in nature conservation and, more broadly, in environmental protection. In the mid-1950s, he had the opportunity to travel to Africa twice on safari. His exposure to the African wilderness, its beautiful and varied wildlife and its political landscape as it moved toward independent governments caused him great concern as to how wild Africa would be sustained over the long term. These impressions and concerns would shape the future course of his life.

He has been a tireless advocate for the cause of the environment ever since 1961 when he founded the African Wildlife Leadership Foundation and was a founding director of the World Wildlife Fund. He became president of The Conservation Foundation, then undersecretary of Interior, and then served as the first chairman of the President’s Council on Environmental Quality. There, he put together a set of comprehensive environmental initiatives addressing air and water pollution, toxic substance control and endangered species among many other initiatives. He was the architect of an environmental agenda without parallel in history in its scope. In 1973, he became the second administrator of the Environmental Protection Agency, an organization he had been instrumental in forming. He later served as president, chairman, and today, chairman emeritus of the World Wildlife Fund.

Today officially retired, Mr. Train continues his work through the Russell E. Train Education for Nature Fund, an endowment established in his honor by the World Wildlife Fund, which distributes more than $500,000 annually in scholarships and fellowships to help developing nations build the capacity to manage their own environmental affairs.

“...the environmental clock is now running backwards. Environmental quality is a key determinant of the quality of our lives — of our health, the health of ecosystems, our economic well-being, even the security of our nation.” 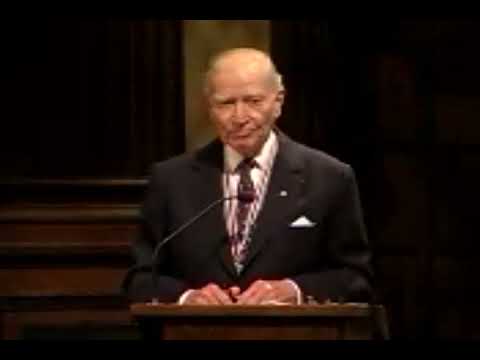