Susan Seacrest shared the 13th Heinz Award in the Environment category for her efforts as the driving force behind improving the health of our groundwater.

Embedded in the local news of small-town newspapers around the country are short but proud stories about having received designation as a Groundwater Guardian by the Groundwater Foundation. Susan Seacrest’s name is rarely, if ever, mentioned, but the work that she began in her kitchen 22 years ago has meandered its way around the country like water flowing through an aquifer. Her influence has been felt both nationally and internationally through programs that have been replicated in more than 200 communities throughout the world.

A Nebraska homemaker, Ms. Seacrest’s unintended journey into the realm of environmentalism began in 1985 when her infant son’s digestive illness alerted her to the dangers of environmental toxins. A researcher at the University of Nebraska challenged her to learn all she could about groundwater. What she discovered moved her to found the Groundwater Foundation, an organization that for more than a generation has been a driving force in improving the health of the nation’s groundwater. Through non-political advocacy that emphasizes education and leverages the power of personal relationships, the Groundwater Foundation has helped bring about a wave of reform, not only through the enactment of new laws but by eliciting voluntary changes in behavior by those involved in groundwater contamination.

Ms. Seacrest has pulled together a unique alliance of interests, including irrigators, well drillers, scientists, cities, government agencies and industries – all for the purpose of protecting groundwater. Through her education programs, Ms. Seacrest is preparing future generations of citizens to protect one of the earth’s most important natural resources – a resource that needs a voice and one that is the lifeblood of our existence.

The Groundwater Foundation worked with farmers and natural resources organizations to educate a large cross section of the public about the need to reduce nitrate levels in Nebraska’s Central Platte River Basin to safe levels. As nitrate levels in the basin fell, the foundation’s grassroots efforts quickly grew beyond the state’s borders. The Groundwater Foundation’s Groundwater Guardian program, which encourages citizen involvement in groundwater protection at the local level, has spread to 165 communities in 35 states and Canada.

Ms. Seacrest’s expertise in groundwater education earned her an appointment to the Children’s Health Protection Advisory Council, two terms on the National Drinking Water Advisory Council and keynote speaking appearances around the world, including at the United Nations.

Self-educated on the issue of groundwater, Susan Seacrest has created a groundswell of knowledge about an issue that literally affects everyone on our planet, blazing a path of advocacy that is engaging, creative, collaborative and, perhaps most of all, persistent. Her achievements in bringing about reforms have improved the health of one of our most fragile natural assets and the vitality of our planet.

“Our quality of life begins with the quality of the air we breathe and the water we drink, but the health of these basic components of life is susceptible to the modern world around us.” 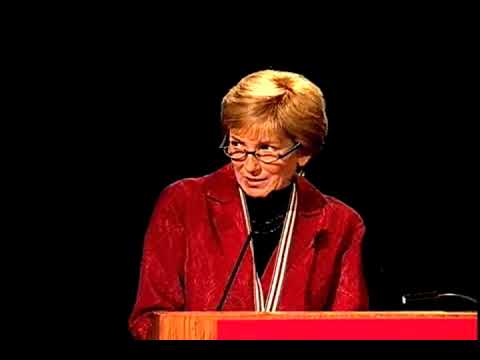